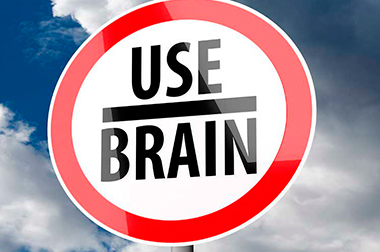 I think that it will rain today.

I believe that it will rain today.

I believe he is around 30 years old.

I think he is around 30 years old.

There are some subtle differences, but they are so subtle that I’m not sure how to explain.

I think he’s cute” sounds better to me than “I believe he’s cute.
I think it is because “believe” can also mean “to have faith” in something – like ‘верить’.
You don’t have faith that someone is cute.
You either think so or not – it is more simple.

Most of the time they are interchangeable though.

“Guess” is similar, and can be used like “think” and “believe” often.

I guess it will rain today.

I guess he is around 30 years old.

I guess he is cute.

The main difference is that ‘guess’ means “угадать” so it sounds less personal and less sure than “think” and “believe”.

“Figure” can be used in place of think, believe, and guess.

I figure it will rain today.

I figure he is around 30 years old.

I figure he is cute.

I figure I will go to the party, but just for an hour.

“Figure” in this context means “think”, but implies some sort of calculation or extra thought.

Here are some examples:

I realize it is raining today, but hoping we can go for a walk anyway.

I realized he is around 30 years old when I saw his passport.

I realized he is cute when I saw him wearing his new suit.

It kind of means “figure out” or “узнать”, but with less effort.

“Consider” can also be used in place of “think”, “guess”, etc., but not always.
It has a connotation of “thinking about”.

I’m considering going outside, but not sure I will because it is raining.

I consider him to be middle-aged because he is around 30.

I consider him cute.

I’m considering going to the party, but maybe for just an hour.

“I consider it raining” is weird because either it is or it isn’t and thinking about it won’t change anything.

Think lesser confidence in the truth maybe he is cute.

Believe more confidence in the truth than just maybe he is cute.

Know complete confidence in the truth.


“I guess he is cute” really not convinced that he cute.
“I think he’s cute” could be convinced but not sure.
“I believe he’s cute” this is my thoughts only as to have faith in something.
“I know he is cute” positive that he is cute.

“I guess” is used to indicate that although one thinks or supposes he is cute but is without any great conviction.
To give an answer to a partiular question when you do not have all the facts and so cannot be certain if you are correct.

Figure out — Comprehend or understand a persons actions, motives or personality.
Figure suggests use of a skill to arrive at a conclusion. With a little more logical evidence to support the statement.

These statements can have figure only if they are true and have supported evidence.
I figure it will rain today.
I figure he is around 30 years old.
I figure I will go to the party, but just for an hour.
This statement cannot be supported this is only personal opinion.
I figure he is cute.

They didn’t realize the danger they were in.

Consider — spending time thinking about a possibility or making a decision.

Don’t make any decisions before you’ve considered the situation.

I’m considering going outside, but not sure I will because it is raining. (“I consider it raining” is weird because either it is or it isn’t and thinking about it won’t change anything).

You had to consider whether to go out or not because it was raining the rain was not part of the consideration.
I consider him to be middle-aged because he is around 30.

You had to come to a conclusion on why he is middle age and consider the possibility.
I consider him cute.

You had to think about making the decision if he was cute or not.
I’m considering going to the party, but maybe for just an hour.

You had to make a decision and consider the situation about going to the party for just and hour.
All the consideration statements needed to be thought about and had to have a decision made.

Do you remember this remember = sure of something.

— Do you know who broke the window?
— I guess Kevin did.
— What makes you think so?
— I saw him playing baseball near the house.

— Do you know did. who spilt the milk?
— I saw her looking at the cup on the table. What makes you think so?

— Do you know who cut the magazine?
— I guess Jane did.What makes you I saw her playing with think so? scissors in the living room.

I Guess / I Think Game All answers must include sentences that start with “I guess you are…” or “I think you are…”You can guess at any time.