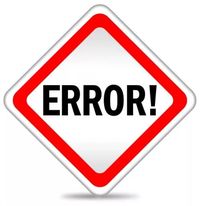 
The words error and mistake are very similar and in most case, either could be used.

There are a few differences though.

If a computer program doesn’t work, it produces an error, not a mistake.

One thought on “Error vs mistake — есть ли разница?”